I'm Not In Love with My iPhone X 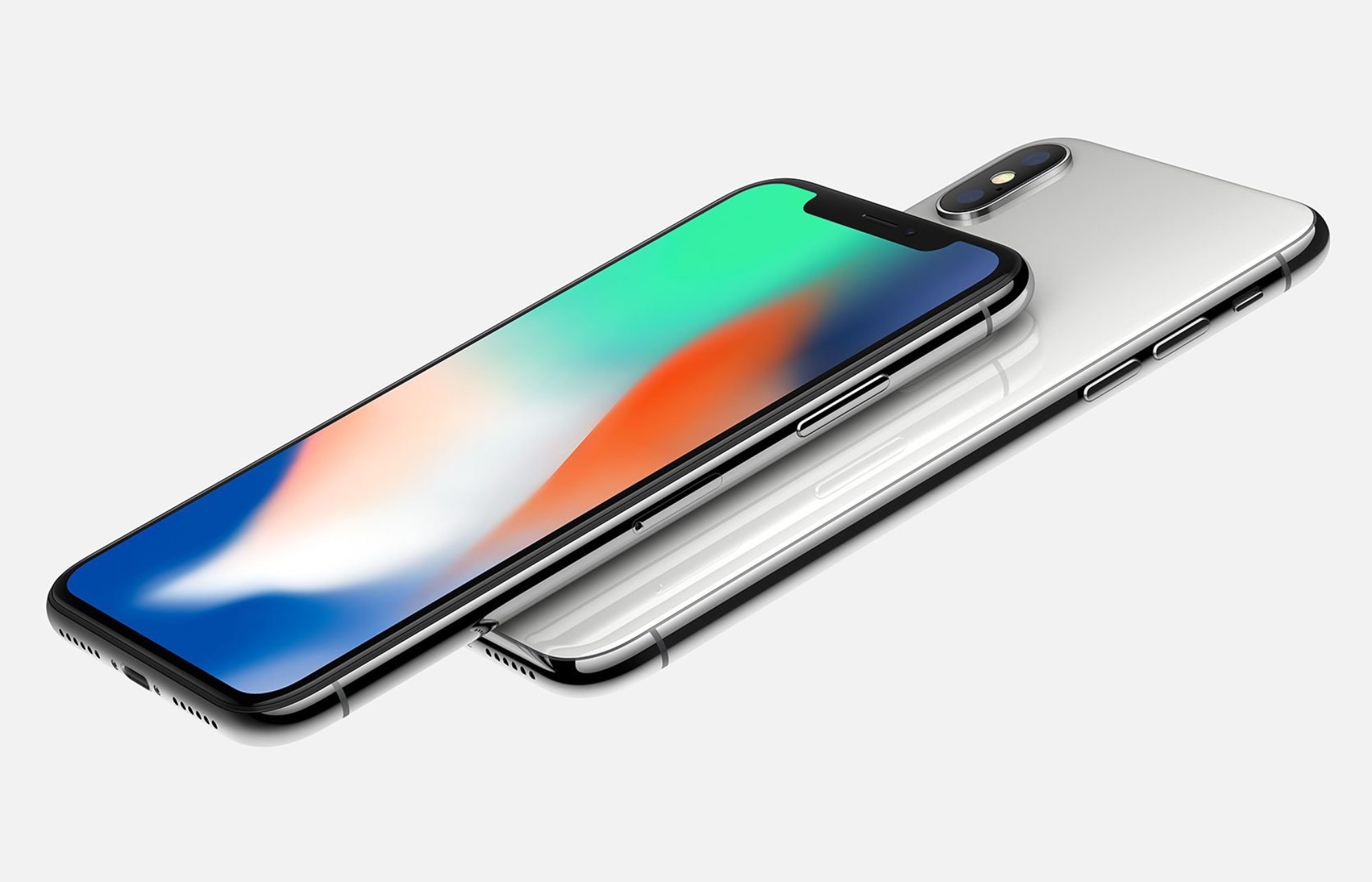 Back in October, I preordered the iPhone X. I admit to getting swept up in the excitement of it all: rumors leading up to the keynote, the keynote itself (in Apple's stunning new Steve Jobs theater), and finally, the rush to get into Apple's online store right at 12am Friday morning to secure an iPhone that would arrive on launch day, November 3. I succeeded in this task. I bought the 64GB iPhone X in Silver and a dark aubergine Apple leather case to go with it. I winced when I saw the $1100+ hit to my bank account, convincing myself that I could make up some of the lost money by selling my outgoing iPhone SE. But that only recouped about $200, and it quickly set in that I had paid way more for a smartphone than I ever had before.

Now it's been a little over three months with the phone, and I'm conflicted. There are features of the iPhone X user experience that are absolutely magical — features I don't know if I can now live without. But there's just as much friction in using this device and swallowing its massive price tag that make me question if it was really worth the upgrade.

The design, build quality, and machining of the iPhone X hardware is magnificent. I'm someone who had a pretty strong dislike for the iPhone 6 design family (6, 6S, 7). I thought the rounded edges and odd antenna lines made for a phone that wasn't ugly per se, but a phone that had a lot less character than those from the iPhone 4 design family (4, 4S, 5, 5S, SE) with their now-iconic flat sides. The iPhone X still takes design cues from the iPhone 6 design family, but there are enough differentiators that make it feel new and much improved. The polished stainless steel siding is expressly not aluminum. It's much weightier in the hand, bringing back fond memories of using the iPhone 4, which also used stainless steel. And the steel is very nicely polished, giving the phone a premium impression that I haven't felt on other smartphones to date. I think the glass back is beautiful in both offered colors, and the enormous camera module is now distinctive enough to actually provide the phone with some additional design character. Even the sapphire camera lens cover has a delightful blue cast that picks up reflections. This is a rounded-edges iPhone design done right.

The edge-to-edge screen brings a few major changes with it, and each deserves comment: there's the transition from LCD to OLED, there's the general effect of reducing bezels around a screen, there's the removal of the home button for navigation, and there's replacing Touch ID with Face ID.

This is a rounded-edges iPhone design done right

This is the first OLED screen that I've ever owned. It's a nice improvement that I'm happy to have. It's really all about the black levels, which make everything on the screen look truer and better. Color, brightness, resolution, everything is super beautiful on this display. Unfortunately, I do notice some lag when scrolling text on the screen, which exploits weaknesses in OLED pixels that have to rapidly switch between black and white. I'm used to it now, but it makes it much harder to read text in motion, and it's a night-and-day difference compared to reading moving text on the iPad Pro's unbelievably good 120Hz ProMotion LCD display, which is a smooth and legible experience. On that subject: given the choice, I would take a 120Hz ProMotion display over OLED any day of the week. Dark blacks are nice, but a higher framerate and smoother motion would be much better.

Thin bezels all around the screen also make for a nicer, more immersive experience. There's definitely that feeling of "Oh, these bezels are enormous!" when going back and using any older iPhone. Minimal bezels are certainly better, and certainly where smartphones are headed, but it isn't a killer feature for usability in my book.

Removing the home button in favor of a swipe-based navigation system is one of the biggest changes that Apple made with the iPhone X, and it deserves major props. I don't know if I've ever had an easier time adapting my habits to a new paradigm, especially given that I've been using home button-based iOS devices for close to 10 years now. The touch gestures based around the bottom bar are intuitive, responsive, and very fast. I'm in love with swiping along the bottom bar to slide between open apps with no perceivable lag. We don't have proper windowed multitasking on iPhones, but reducing the friction between moving from app to app is a fair compromise. This is a system I would hate to give up if I went back to an earlier iPhone.

Fingerprint scanning with Touch ID is gone in favor of facial scanning with Face ID, and it often does feel like the future. It's amazing to hold and use a phone that has a notion of authentication just by seeing your face in front of it. Navigating to web forms and having passwords and payment information automatically populate, given that my face is in view, is a fantastic user experience. I now regularly find myself squaring up my face when navigating to login pages on desktop and laptop computers, only to quickly be reminded that these screens and operating systems don't have the same convenient technology built into them.

The touch gestures based around the bottom bar are intuitive, responsive, and very fast

Then, finally, there's the surprise win that is wireless charging. I absolutely acknowledge that this feature has been around on Android phones (inconsistently, though) for years. But as someone who chooses to stay in Apple's ecosystem, I haven't had the chance to appreciate the convenience of the technology until now. I see two benefits. The first is the obvious one: the convenience of placing a phone down on a pad instead of finding a cord and plugging in. The second, though, is that this is as close to a universal, common charging standard as the iPhone has ever had. This means you can buy from a large ecosystem of Qi chargers that don't have to be designed to work specifically with iPhones, and this means that there are some really cheap ones available online that work just fine. It's also nice to be part of the common standard when traveling places (like certain cafes, restaurants and airports) that have Qi charging spots built into tables. It's not as convenient as the iPhone moving to USB-C would be, but it's refreshing to be compatible for once. Still, the main win is just the wireless charging itself. I keep a charging pad on my nightstand, and it's a small but noticeable improvement to not have to fish around for my Lightning cord when wanting to charge my phone every night. (In order to support wireless charging on the iPhone 8, 8 Plus, and X, Apple had to design the phones with glass backs. I do wonder what this means for the future of iPhones. Will we ever again see a metal back?)

Face ID doesn't feel like the absolute improvement that it should. After three months of use, I just can't say if I'm happier with it than I was with Touch ID. It works well, but maybe, surprisingly, a little less well than I thought it would. One of the biggest issues I have with it is that it doesn't recognize faces at any orientation; if you don't square up your face with the iPhone in portrait orientation, your face won't be recognized. This is annoying when the phone is on a table at an off-angle and you want to wake up the screen to read notifications. Similarly, the field of view of Face ID is only so wide, so if the phone isn't below your face, you'll have to slide it closer to you. Face ID is also a little bit slower to unlock the iPhone from sleep than I'd like. The speed to unlock is definitely not a clear improvement over Touch ID. I'm not sure what the solution is here. Maybe future iterations will incorporate faster scanning and a wider field of view. But there's still a part of me that thinks an ideal solution would be to have both Face ID and Touch ID in the same phone. They have slightly different strengths and use cases, and having both would remove all compromises.

Face ID doesn't feel like the absolute improvement that it should

I'm also not a huge fan of the camera system. This is mostly a personal thing. The cameras get very good reviews from people who compare smartphone camera quality, and that's what's important for most people. But even if the iPhone X has the best iPhone cameras ever made, it doesn't seem like a massive step up from what has existed for the past couple of years. I think the 2x zoom and depth-sensing features provided by the second camera aren't worth the price of admission, and the quality of Apple's portrait effects leaves something to be desired. Last year I bought myself a used Sony RX100 II before doing some traveling, and I enjoy taking pictures with that camera so much more. I'm not attempting to hold the iPhone's cameras to the same standard as a celebrated hobbyist digital camera, but having both just reminds me that owning a dedicated camera is still very much worth it to me. And by buying the iPhone X, I get all of its features, even ones that I don't really need.

The above two gripes hardly matter in the grand scheme of things. My main issue with the iPhone X is that it's just too big.

I come from owning an iPhone SE, which I loved for its small size and screen that could be reached entirely with my thumb. Not being able to do the same thing on the iPhone X has proven to be the most steadily frustrating ergonomic problem with this phone for me. Those of us who are annoyed by this and are vocal about it are the minority. But for me it's a mess, and it gets in the way of me enjoying using my phone on a daily basis. I have large hands, but that doesn't make any difference here. I hate having to adjust my grip to reach the top part of the screen, or use two hands to accomplish the same thing. I hate invoking Reachability to slide the top portion of the screen down into reach, which is slow and harder to activate with the new gesture-based navigation. I especially hate how large and heavy the phone is when I'm using it laying on the couch or in bed. In a normal righthanded grip, the upper corners of the phone feel like they're peeling out of my hand, and the increased weight of the phone from all of that polished stainless steel makes it even less comfortable. I don't know why this bugs me so much more than others, but I never have gotten used to it, and it makes me wish longingly for the days of holding and using the iPhone SE.

All this taken together makes it extraordinarily difficult to to justify the $999 cost of entry for the iPhone X, especially when the iPhone SE starts at $349! Every couple of weeks I seriously consider selling my X and going back to the SE, and I still haven't ruled it out.

The iPhone X is not my favorite iPhone I've ever owned. For a thousand bucks, shouldn't it be? ■